Long before the movie Men in Black hit theaters, a duo dressed accordingly rang my doorbell. One man looked about the age to pledge a fraternity, if his parents would let him. His name tag identified him as Elder James. So that day, I talked about the Lord Jesus with Mormon missionaries. 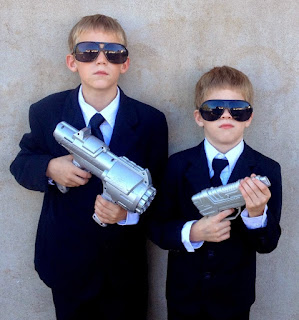 I still love to talk theology. Baptist-to-Baptist, more are asking if church plants need "elders." Is the notion of elders "Un-baptistic"? (Maybe they could go along with it if we called them Nelders?)

So what's a Nelder? An elder, only new--which sounds a bit self-contradictory. An elder in ancient times was a mature Christ-follower, chosen by the church, for leadership. Typically, not young men. They were men in whom the church had seen a definite degree of spiritual maturity.


* If we go to our Bibles to learn a thing or two about "elders", most of our sources will be letters to young church plants.

How old was the church of Rome when Romans was written? Or the church at Thessaloniki or  Philippi when those epistles came? Each of these letters was written because those young churches still needed missionary guidance to be better established. They could not do without leadership, even during the early years when leaders were on loan from sister churches. Paul was acting as an elder to churches needing guidance (though some, in those churches, seemed to feel that he was meddling.)

When Titus was starting his work at Crete, the first order of business (Titus 1:5) was to appoint elders in every city. Possibly church planters. So the term "elder" is as scriptural as the term "pastor". Men who are strong in Christ can be hard to find in established churches, so is it possible in a young church? Yes. If gospel obedience and faithfulness are your criteria for choosing elders. The moral?


Lone Star is a beer. Not what a church planter is called to be.

That's what the next blog post will attempt to do.